The cooperation will result in developing, signing and ultimately implementing the so-called “Polish Offshore Sector Deal”, i.e. the “Declaration of cooperation for development of offshore wind in Poland” by the representatives of the Polish government, investors and stakeholders from the offshore wind supply chain. The declaration will be similar in character to UK’s “Sector Deal” for offshore wind, but it will take into account Polish reality and conditions.

In the opinion of the Minister of Climate Michał Kurtyka the development of offshore wind farms is an opportunity for Poland’s economic development.

Offshore wind power will be a strong driver for the Polish economy. Thanks to cooperation of the administration and business, Poland can become a leader in offshore wind in the Baltic Sea and an exporter of cheap and clean energy – Minister Kurtyka said.

Government Plenipotentiary for RES Ireneusz Zyska also pointed out that cooperation between the government and industry representatives is of key importance for the development of offshore wind.

In the future we would like offshore wind farms to be perceived by the general public as a bold step towards a green energy sector in Poland. We see these investment projects as huge opportunities for Polish entrepreneurs, including prospects to enter new markets under a strengthened cooperation in the Baltic Sea region – Vice-Minister of Climate stressed.

Today, energy security is an important component of national security. The initiative to develop offshore wind power is perfectly in line with the National Security Strategy defining the pillars of our country’s security. Increasing demand for energy with shrinking resources of fossil fuels makes diversification of energy sources necessary. The development of offshore wind is a great response to current challenges – Minister of National Defence Mariusz Błaszczak pointed out.

In the opinion of Janusz Gajowiecki, President of the Polish Wind Energy Association, the programme of offshore wind farm construction in the Baltic Sea, worth over PLN 130 billion can become a driver for the Polish economy and ensure its energy security.

We are happy to see the involvement of four ministers, demonstrating joint efforts towards these goals and the necessary synergy of actions. The Baltic Sea offers some of the world’s most favourable conditions; therefore the planned construction of 10 GW offshore is treated as a first step. Poland has a chance to become a leader in the Baltic Sea with a potential of up to 28 GW by 2050 – said the President of the Polish Wind Energy Association.

We are currently at the threshold of an enormous modernisation project, at least comparable to the construction of Gdynia seaport in the interwar period, and the prospects are very promising. I am convinced that the offshore wind industry will become a new Polish specialization, that Polish seaports will develop to support this type of projects in the entire Baltic Sea region, and that around 2025 we will commission first offshore wind farms built to a large extent with our installation fleet and with components manufactured by Polish companies – said Mariusz Witoński, President of the Polish Offshore Wind Energy Society.

Offshore wind power is part of the “National Energy and Climate Plan for 2021-2030” as one of key technologies required to meet the EU’s 2030 target for renewable energy sources. It is also one of strategic projects in “Poland’s Energy Policy until 2040”. Development of offshore wind brings significant possibilities to support local manufacturing and service enterprises engaged in the supply chain, and to put Polish entrepreneurs in a stronger position in the regional, European and global value chain of offshore wind power. For best results, trilateral cooperation is needed between the government, current and future investors and operators of offshore wind farms in Poland, and entrepreneurs involved in supplies for preparation, execution and operation of these projects.

The Ministry of Climate continues the work on the draft act on promoting generation of power in offshore wind farms (the “Offshore Wind Act”). In the coming days the updated draft will be sent for repeated short inter-ministerial consultations. 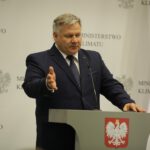 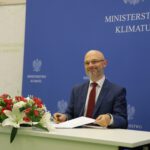 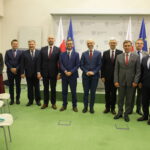 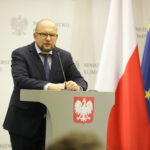 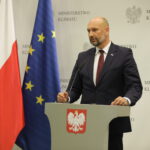 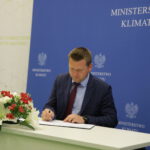 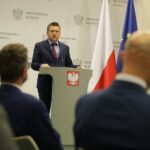 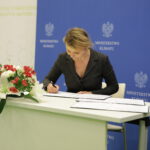 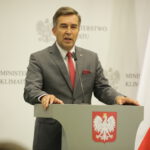 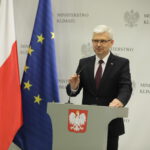