The Ministry of Energy supports projects aimed at fair transformation of coal regions such as Silesia. One of such initiatives was announced by the Polish Wind Energy Association (PWEA), trying to acquire EU funds.

PWEA – member of the “Coal Regions in Transition” platform – initiated a project aimed at establishing a training centre in Silesia for engineers and specialists residing in the region. Thanks to skills and certificates acquired, technicians trained at the centre will have the possibility of employment in construction, operation and maintenance of RES installations and power distribution grids in Poland and abroad.

The project announced by PWEA, with a cost estimated at several million euros, could start in 2020 and be completed in about 3 years.

– The Ministry of Energy supports all projects aimed at boosting the economy and developing science and technology. Under this project, a training centre would be established in Silesia, focused on development of science in the field of renewables and its practical implementation in the national economy. It will be noticeable in Poland, especially in Silesia, a region that was historically affected by economic transformation in the 1990s – said Maciej Kapalski from the Department of Renewable and Distributed Energy.

As the representative of the Ministry of Energy said, thanks to the Training Centre project engineers and specialists will gain competitive advantage, and businesses dealing with RES development will have access to qualified staff.

– We are pleased to see that the Training Centre project demonstrates that a region based on traditional industries such as Silesia can also be innovative. This initiative corresponds with the draft of Poland’s Energy Policy until 2040, assuming increasing significance of renewables without neglecting other parts of the energy sector – Maciej Kapalski added.

Regions based on the traditional energy industry see a chance of acquiring EU funds to carry out structural transformation. The new President of the European Commission, Ursula von der Leyen, declares readiness to earmark funds for regions such as Silesia for programmes allowing members of local communities to find employment in new, prospective industries, including the renewable energy sector.

Training staff for the future energy industries – greener and more decentralized – is in line with the priorities of the Strategy for Responsible Development and meets the needs of energy companies who are already facing the problem of the so-called competence gap. The chances of completion of the project presented by the wind power industry were discussed by representatives of international companies based on experiences from Germany and the Netherlands. 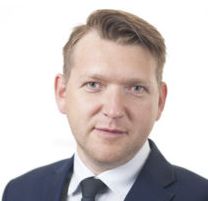 – Utilizing the potential of the wind power industry to stimulate economic growth, as mentioned by Minister Tchórzewski, will not be possible without a stable and predictable regulatory environment for RES development. We are happy to see the start of intense work on strategic documents shaping the future of the industry, including the work on Poland’s Energy Policy until 2040 and the National Energy and Climate Plan for 2021-2030. We hope the government will take into account our recommendations with regard to increased utilization of the potential of both onshore and offshore wind power for the next two decades – said Janusz Gajowiecki, PWEA President.

As the PWEA’s President emphasized, last year’s RES auction demonstrated the price advantage of onshore wind farms over other generation sources. In practice, this means dropping energy prices in the scenario of significant increase in wind capacity.