Industry in Poland needs cheap and clean energy to remain competitive in the global market. Such an opportunity is offered by the purchase of electricity from renewable energy sources by large industrial plants.

Corporate power purchase agreements (PPA’s) were a hot topic of the PWEA Conference 2019. The challenges and conditions of the Polish market were discussed in Serock on June 12 during the discussion panel.

Corporate PPAs are a new trend in financing of renewables in Europe and globally. Energy-intensive industries are glad to adopt this formula, as it ensures the purchase of electricity at a fixed price and mitigates the risk of price increases. Image-related aspects, i.e. reducing the carbon footprint, are also important for companies who want to develop in a sustainable manner and want to be perceived in such a way by their customers.

These arguments also contribute to the growing interest in PPAs in Poland. 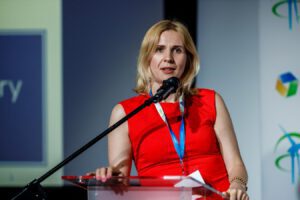 Power from RES is emissions-free, so it does not carry the burden of increasing prices of CO2 emission allowances. Due to this and to the constantly increasing efficiency and competitiveness of renewables, in particular wind power, it is cheap energy – said Irena Gajewska from the Polish Wind Energy Association, opening the session devoted to new trends in RES financing on the third day of PWEA2019 Conference. 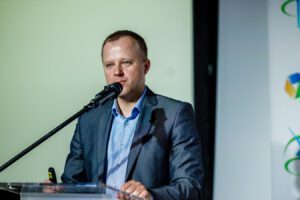 Corporate PPAs are a natural evolution of the energy market. This solution not only makes it possible for producers to fund investments in RES – it also responds to the expectations of our customers, who frequently require environmental engagement also from their suppliers – says Maciej Kowalski, Managing Director of Enefit in Poland.

Barriers to the development of PPA in Poland

The main barrier in entering into such contracts on a larger scale in Poland are legislative restrictions, including lack of possibility to establish a direct connection between the seller and the buyer of electricity, the rule of minimum distance between wind farms and housing, hampering the development of onshore wind, as well as lack of regulatory stability and transparency in the energy market. During the discussion panel, Mr Kowalski from Enefit Poland also listed overly bureaucratic processes and a system geared towards large players as other bottlenecks for RES development in Poland. In his opinion, the PPA formula will contribute to further demonopolization of the energy market. 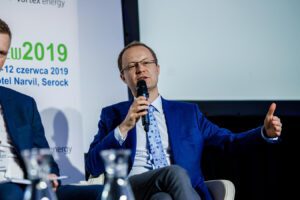 Karol Lasocki, Partner at DWF Poland, argued that banks will slowly open up to financing projects in PPA formula, although currently they are getting ready to provide loans to this year’s auction winners. What will the future bring? – A lot will depend on creditworthiness. The industry should lobby the government for an insurance scheme in this respect – said Lasocki.

In order to accelerate the development of this alternative formula of RES funding, the Polish Wind Energy Association initiated the founding of RE-Source Poland Hub , with the involvement of DWF Poland. – So far our lawyers took part in the development of several thousand megawatts in Poland. We hope it is just the beginning. We also want to be at the heart of transformation in Poland. We will support the RE-Source Poland Hub initiative with all our efforts – Mr Lasocki declares.

– It is supposed to be a place where buyers and sellers will work on solutions to remove regulatory barriers or on the new organization of the energy market – Irena Gajewska describes.

RE-Source Poland Hub is supposed to offer a typical win-win solution, offering benefits to both parties. On the one hand the industry will gain access to energy at competitive prices, and on the other RES generators will diversify their revenue streams by contracting part of their capacity under a PPA contract.

Another winner is the state. First, it will develop the green energy sector without significant state aid, and additionally – thanks to the instruments lowering the energy prices – attracts industrial investors to locate their business in Poland.

– All around the world, corporate PPAs are a dynamically growing form of cooperation between producers and offtakers of energy from renewable sources. In Poland it is not yet a popular solution. To change this, an organization is needed to stimulate the development of the formula. Establishing RE-Source Poland Hub appears to be a response to this kind of needs – says Szymon Kowalski, Director of Development and Innovation Office at PGE Renewables, who want to develop RES both under the auction scheme and under PPAs.

– With our support for the RE-Source initiative we want to emphasize the enormous potential that we see for the development of the wind industry in Poland. We can use it to prove that apart from projects supported under the auction scheme, there will be more market-based projects being developed in Poland, if the strict rules on distance are reformed – argues Jagna Kubańska-Łyczakowska, Strategy Specialist at Vestas. In her opinion it will have a positive impact both on the environment and on the Polish economy. 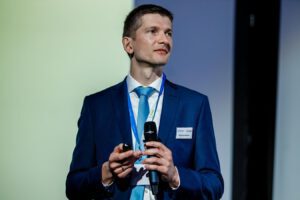 Among the founders of the Hub is also Nordex Group, a wind turbine manufacturer and investor in wind capacity. – We aim at providing our clients with sustainable, stable and effective solutions making it possible to meet the demand for electricity at minimal costs. We are happy that we have reached a stage where our products can help generate electricity at prices lower than in competitive technologies. This helps consumers of energy from our wind turbines not only contribute to climate protection, but also reduce their electricity bills – says Wojciech Kawecki, Business Development Manager for Central and Eastern Europe at Nordex Group.

The Hub is also supported by IKEA Retail Poland, who has been investing in the development of renewables in Poland for many years. Since 2016, thanks to six own wind farms, IKEA generates more electricity in Poland than it consumes, making it completely carbon-neutral. – We support the RE-Source initiative because we believe that only acting together we can counteract climate change – says Mariusz Podgórski, Director for Energy and Climate at IKEA Retail Poland.

RE-Source Poland Hub is an initiative based on RE-Source, supported by the largest global corporations. RE-Source has recently sent a letter to the European Commission, urging them to prioritise the removal of regulatory barriers hampering the development of corporate PPAs. The recommendations included outlining the potential for development of PPAs under National Energy and Climate Plans, whose final versions must be submitted by the Member States by the end of the year.

These recommendations must be clear, actionable and country-specific. Including the RES development potential under the PPA formula may result in increased demand for green electricity among companies – says Małgorzata Bartosik, Deputy CEO of WindEurope, an association representing the wind industry in the whole of Europe and one of the founders of RE-Source.