Increasing energy prices cannot be stopped, and the quality of life of Polish citizens cannot be improved without higher volume of green electricity from the least expensive sources. The government started to acknowledge that, and intends to soften restrictions affecting onshore wind farms.

“Softening the distance restrictions for wind farms is a step in a good direction. The municipalities and local communities being the direct beneficiaries of revenues, for instance from taxes paid by investors, should be able to decide whether they want to have such an installation in their neighbourhood,” said Janusz Gajowiecki, President of the Polish Wind Energy Association (PWEA)

This is the response to the announcement of adjustments to the so-called 10 h principle, introduced by the Wind Energy Investments Act in May 2016. Deputy Minister for Energy, Tomasz Dąbrowski, informed during the plenary session of the Sejm on 31 January 2019 about the pending works on softening the location restrictions for onshore wind turbines “at least in case of municipalities where local communities agree to such investments”.

What is the 10h principle?

The 10h principle established a minimum distance between a wind energy installation and protected areas. It was forbidden to build wind turbines at a distance less than 10 times the turbine height.

What are the effects of introducing the 10h principle? 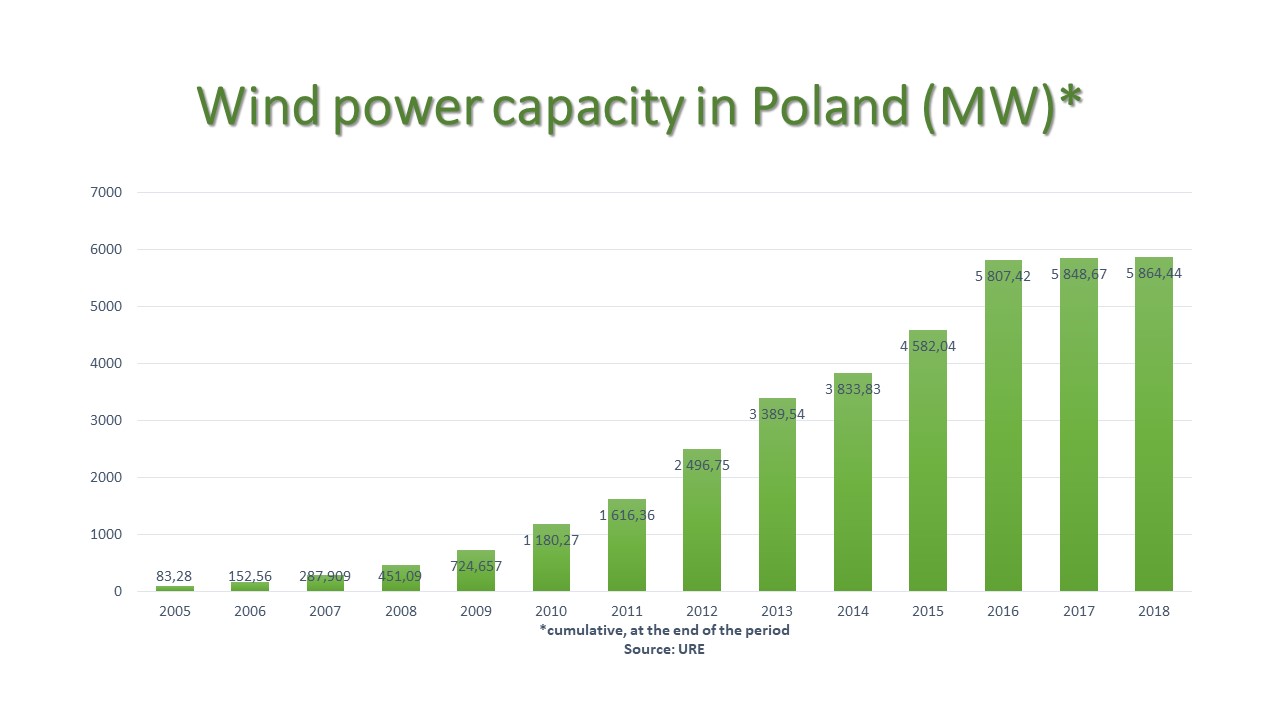 Ministry of Energy indicated in the draft National Climate and Energy Plan 2021-2030 that in 2020 the share of RES in gross final energy consumption will reach approximately 13.8 percent. This means that the shortage of green electricity compared to the 2020 RES target (15 percent of final consumption) will have to be “purchased” abroad under so-called “statistical transfer”. The Supreme Audit Office estimated the cost at no less than PLN 8 billion. 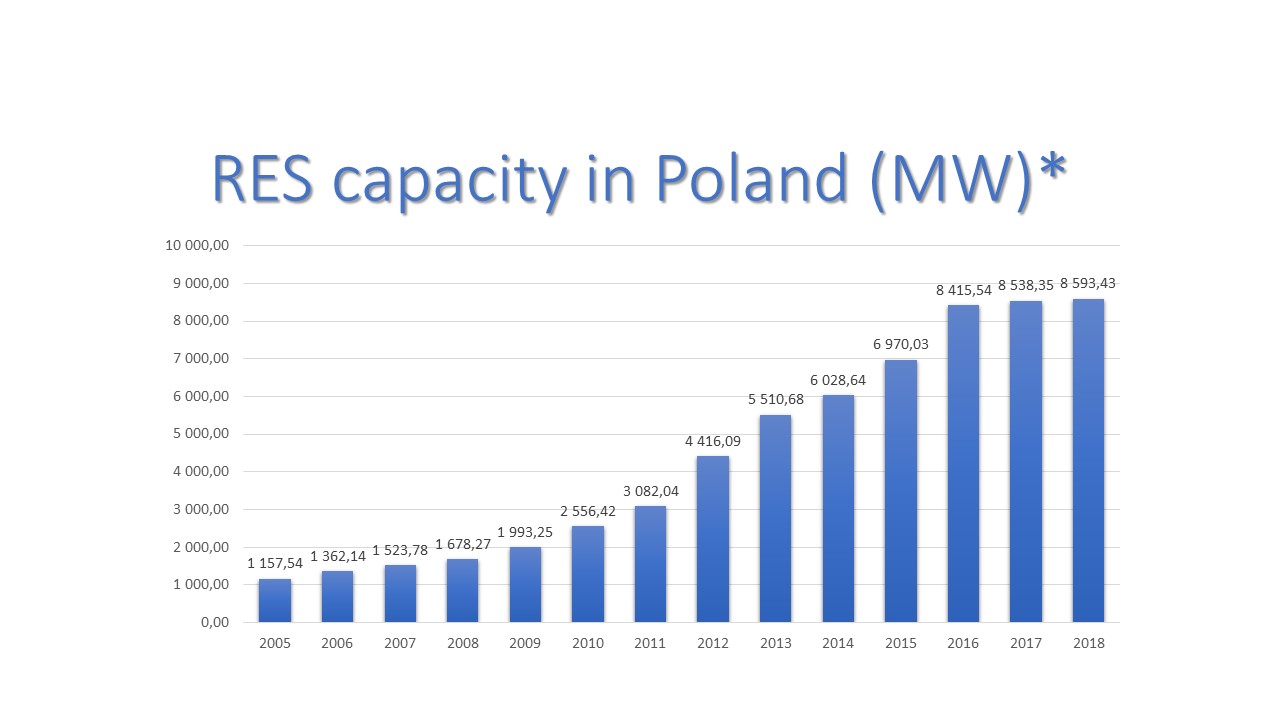 Meanwhile, the technological breakthrough that occurred within the last few years substantially lowered wind electricity production costs. During the November 2018 auction investors submitted bids with an average price of 200 PLN/MWh. At the same time electricity on the power exchange cost approximately 300 PLN/MWh.

“Unblocking the onshore wind energy potential will not only allow for lowering electricity bills, but will also affect air quality and emission intensity of our economy. The additional 2.5 thousand MW the government promised to contract under this year’s auctions will decrease the green energy gap in the 2020 final consumption and will create a better starting point for the achievement of the 2030 RES target,” Gajowiecki added.

Adjustments to the 10 h principle will enable future repowering of existing installations with much more modern turbines. The efficiency of such machines is approximately 30 percent higher compared to turbines installed today. This entails the capability to produce electricity at a competitive price of approximately 150 PLN/MWh – in any conditions.

Although PWEA welcomes the idea to soften the legal regulations pertaining to minimum distance and to increase the volume of wind energy this year (to 2.5 MW thousand MW), it recommends introducing the relevant regulations by an amendment to the RES Act and the Distance Act.

“If we want the investors to regain confidence in the state, we have to ensure stable and transparent regulatory framework specifying the conditions which, when satisfied, will enable an investor to benefit from the softening of the distance regulations,” Gajowiecki proposes.