A few years ago wind turbines exceeding 5 MW could only be found offshore. Today such machines may also be installed onshore. This is not the end of the race between manufacturers, which leads to a decrease in wind energy production costs.

A Danish wind turbine manufacturer, with a portfolio of more than 100 GW of wind turbines sold, is to implement the EnVentus platform with unit capacity reaching 5.6 MW. The model will be available in two configurations – with rotor diameter of 150 or 162 metres.  Vestas announced that the prototype V150-5.6 MW (with the lower rotor diameter) will be installed in the second half of 2019, with series production being launched in mid-2020. The prototype V162-5.6 MW installation (with the higher rotor diameter) is to be installed at that time, with series production to be launched at the end of 2020.

The latest Vestas machines deliver 26 to 30 percent more electricity compared to the largest machines available in the portfolio to date (V136-4.2 MW or V150-4.2 MW).

A comparison of Vestas EnVentus and GE Cypress turbines

The EnVentus platform is not the first 5+ MW model available in the market. In autumn 2018 another wind energy tycoon, the American company GE, announced the plans to introduce 5.3 MW machines (GE Cypress with a 158 metre rotor and 161 metre hybrid tower). Such installations may produce approximately 50 percent electricity more than smaller, 3 MW GE machines, over their entire lifetime. 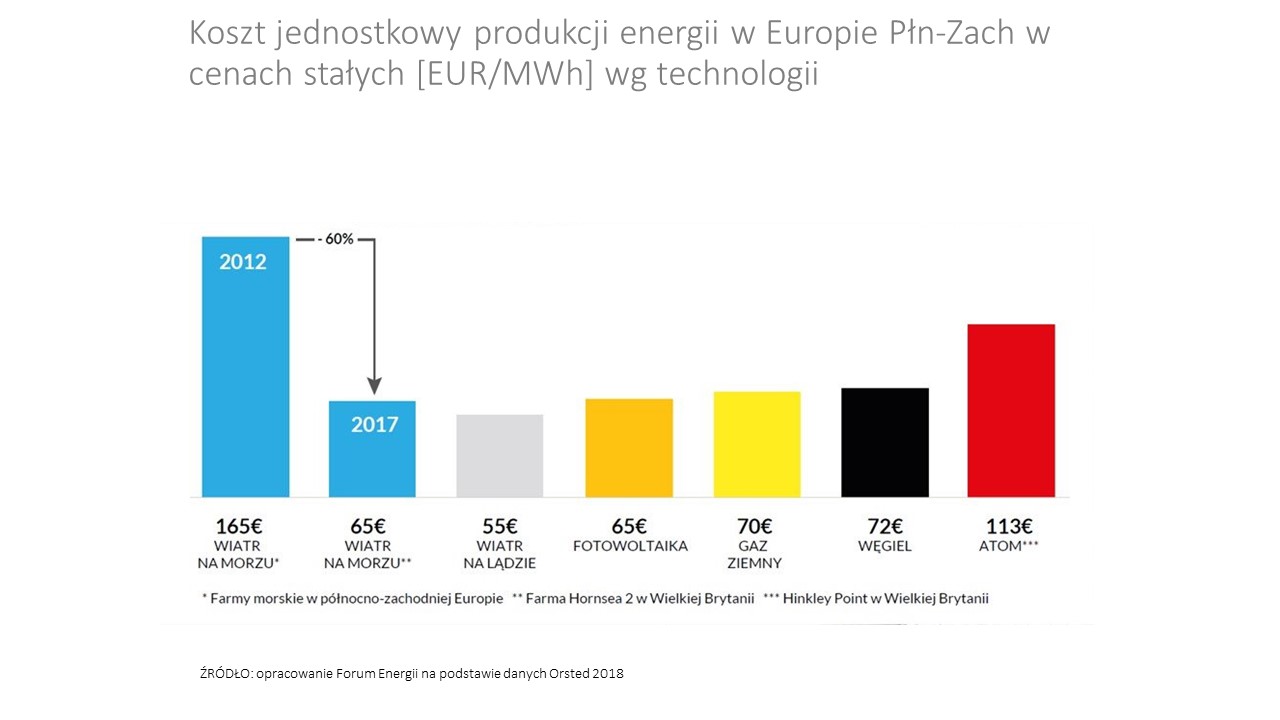 The rapid technological progress entails the decrease in unit costs of electricity produced from wind. The bigger the turbine, the lower the cost of 1 MWh. With the latest turbines, electricity may be produced at a competitive price as low as 150 PLN/MWh irrespective of wind resources in a given location.

However, developers cannot use the latest machines in the wind farm projects currently being developed in Poland. Distance restrictions (the so-called 10 h principle), stemming from the Wind Energy Investments Act, only allow them to use turbines with parameters specified to obtain a building permit before the location restrictions were imposed (in 2016). At that time the commonly used machines were in the 2 MW category. Today the standard is 3-4 MW.

This results in Poland not taking full advantage of the onshore wind energy potential.

What is the 10 h principle and what restrictions it brings: an explanation by Kamila Tarnacka, Vice-President of the Polish Wind Energy Association